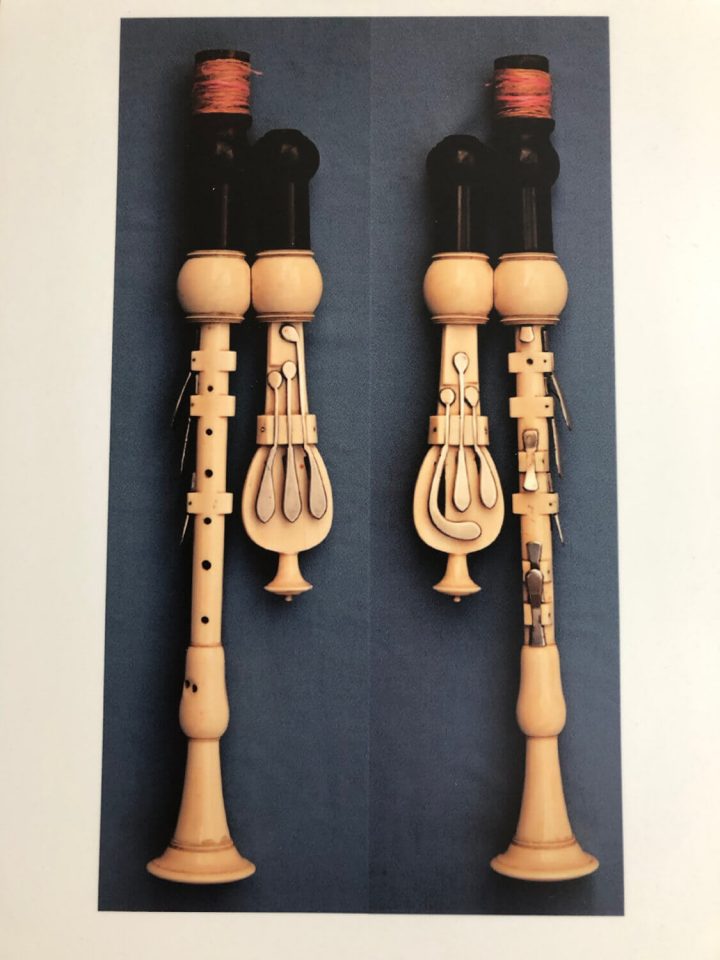 After such an intense, fun few days in Rouen, it was rather hard to return to the seemingly-dull boredom of everyday life. Except that I’m not sure I’m familiar with that state of affairs – I always seem to have something to keep me on my toes! But still, it took a few days to come down off my Musette-cloud, and the descent was made infinitely easier by news that my new Musette – made by the Belgian maker Bart van Troyen – was almost ready for collection.

Why the need for more than one? Well, as with recorders, Musettes historically existed in a variety of sizes, rather like descant, treble, tenor, voice flute and bass recorders. I’m still getting to grips with the tuning of each but one has to add into this mix the practicalities of pitch. Studies of pitch in the 17th and 18th centuries suggest that the pitch in France depended on whether you were playing chamber music, church music or the opera. Historically informed performance of French baroque music now tends to settle on A=392 as a happy medium between these three areas. And so one needs an instrument that will play at A=392. But what if one wants to play some works for Musette amongst a programme of Baroque chamber music from different countries? As a multi-instrumentalist I often find myself in this situation, interspersing sonatas and trio sonatas by Corelli and Telemann with works for Musette by Boismortier or Nicolas Chédeville. Pitch was not the same in Germany and Italy, but the accepted modern practice when playing music from either of these countries in an ‘historically informed’ manner (on period instruments) is to play at A=415. I could of course insist on the whole programme being performed at A=392. But while many string players will happily tune down to A=392 (or up to A=415 depending on how you look at it), harpsichords tend to favour one pitch or the other (and need a good 45 minutes to retune!). And wind players need entirely different instruments.

And so, here we have it. I need to make more room on my instrument shelf for the new arrival, due August 2019. Oh, and it will the first (modern) Musette to have reeds made from cedar rather than cane. Apparently they are less susceptible to changes in temperature and humidity…yes, I have a new understanding and sympathy for oboists and bassoonists! At least Musette reeds last longer than those of the double reed instruments, because they remain dry…you just have to avoid dropping them.