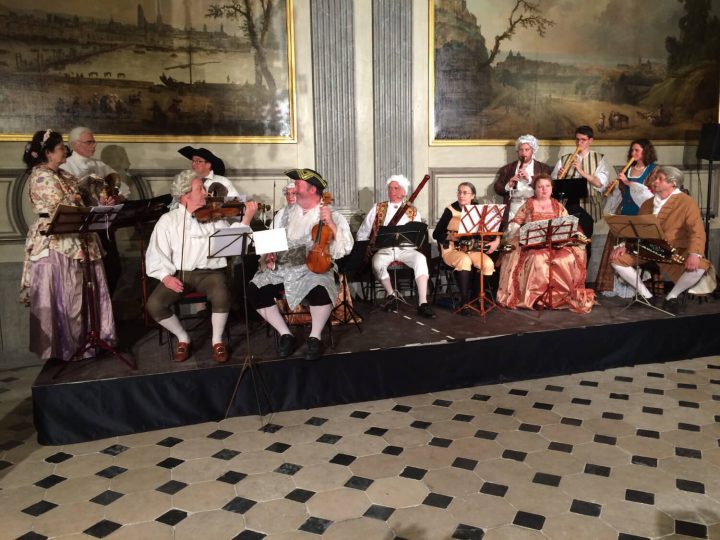 This is the first time that I have written a blog so please do bear with me! And be warned that the first few posts at least will almost certainly be about the Musette…so what is a Musette? It is a bagpipe, and – like pretty much all bagpipes – it started life as an instrument played by shepherds. But then Louis XIV adopted it as part of his pastoral-themed soirées at Versailles. With such a powerful, trend-setting patron, it is not surprising that composers were soon falling over themselves to compose for it, and it became part of the musical scene at Versailles and amongst the circles of amateur musicians in Paris. But its life at the top of society was relatively short. Still popular during the reign of Louis XV, there is little evidence of it after the 1780s.

Its closest living relatives are the Northumbrian pipes and the Irish Uilleann pipes, all of them operated by bellows rather than being mouth-blown.

So what happened to them after the 1780s? Not much. Or at least not much until the 1960s when three men began a journey of rediscovery. These three were Jean-Christophe Maillard, Jean-Pierre van Hees and Remi Dubois. Together they pursued the hugely difficult tasks of recreating the instrument (largely from existing museum copies), rediscovering repertoire composed for Musette (prior to the internet you can imagine how many hours were spent in libraries chasing false leads!), and finally working out how to play the instrument.

Sadly, Jean-Christophe passed away in 2015. I was lucky enough to begin my Musette studies with him, and it is hard to express just how kind and generous he was with his time, expertise and knowledge. He also had a great sense of humour. His description of the bag of my first Musette as ‘an awful Kermit green’ stuck and this instrument is still referred to as Kermit today.

Fortunately for me, I was able to continue my Musette studies with Jean-Pierre van Hees in Leuven, Belgium, completing my Masters degree there in 2018. And then finally, in May this year I was able to complete the circle by meeting Remi Dubois at the second International Colloquium on the Musette, an amazing three-day event hosted by the University of Rouen.

There is too much to say here about this incredibly inspiring event, but I have never before been to a conference that closes with a baroque ball, complete with live music performed on authentic instruments, in beautiful costumes.